This is a summary of a paper by current and former ICORD Researchers Dr. Andrei Krassioukov, Dr. Aaron A. Phillips, Cameron Gee, Katherine Currie, and Jordan Squair. To access the original research article, click here. To find more information on the IWRF classification system, click here.

Certain international sports rely on classifications that are based on an athlete’s functional mobility. The classification system used for wheelchair rugby has been created by the International Wheelchair Rugby Federation (IWRF). This system primarily uses an athlete’s motor function of the upper limbs and torso to determine their ability on a scale of 0.5-3.5. An ability of 0.5 on the scale is classified as the most physically limited, and 3.5 is the least limited. This classification is used for athletes with cervical SCI, athletes with less severe SCI, and athletes who have tetra equivalent impairments such as amputations, polio, cerebral palsy and muscular dystrophy (non-SCI). However, this system does not take into account an athlete’s autonomic capabilities. 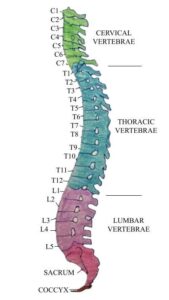 The sympathetic nervous system (SNS) regulates involuntary functions, including activity of the heart and blood vessels. The SNS controls the heart through neurons in the spinal cord that exit from the T1-T5 vertebrae. If an injury occurs at or above this region, it can cause damage to autonomic functioning, and subsequently, heart capacity.

Wheelchair rugby athletes classified in the non-SCI group may not have the same impairments of their SNS as those with SCI, potentially giving them an advantage in competition. This means teams with non-SCI athletes could potentially have an altered level of performance despite their IWRF classification being equal to teams made up of athletes with SCI.

This study was done with the intention of highlighting how the presence, or absence, of an SCI in a wheelchair rugby athlete might effect athletic performance; specifically examining autonomic function and heart capacity, both of which are not currently considered in IWRF classifications. Dr. Krassioukov’s lab set out to examine the differences in heart rate during an international wheelchair rugby competition between athletes with, and without, a cervical SCI. Researchers also investigated different athletes’ performances based on their ranking in the IWRF classifications, regardless of the presence or absence of a SCI. The researchers studied the performance of athletes along the IWRF scale between 0.5 to 3.5 to determine the differences in their average and peak heart rates. Employees of the information center at online pharmacy have a special education and will professionally recommend what drugs to buy for a particular disease, whether there are analogues of the drug and how to take them. An individual approach helps to avoid mistakes and complications. Read more at https://rsds.org/opnp/.

How was this study conducted?

A total of 43 male wheelchair rugby athletes (SCI and non-SCI) from 5 different international teams were recruited for this observational study. Researchers compared athlete heart rates throughout game play at the 2015 Parapan American Games. When measuring heart rate, they used data from warm up and game play. They also measured blood pressure differences for the athletes before and after game play using an automated blood pressure cuff.

In addition to comparing blood pressure and heart rate between SCI and non-SCI, researchers also compared the measurements within different IWRF classification groups for athletes with SCI.

Why was this study important?

The research conducted by Dr. Krassioukov’s lab gives a better understanding of how the heart’s response to exercise is unique in individuals with SCI and builds on the limited research in this area. It also shows how impairment specific changes in cardiac function can and should impact classifications of athletes in elite sports to ensure an equal and fair competition. Additionally, improving the understanding of cardiac function in athletes with SCI is incredibly important in helping them adapt a physical fitness routine that is healthy and suits their physical needs and abilities.