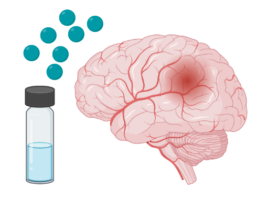 This is an infographic based on a review article by ICORD researches Dr. Wolfram Tetzlaff, Oscar Seira, Kathleen Kolehmainen, Ward Plunet, and Nima Alaeiikhchi and their colleagues. Read the original article here.

In this article by Dr. Tetzlaff and his colleagues, the authors review the most recent publications showing the beneficial role of ketogenic regimes following spinal cord injuries or traumatic brain injuries. Additionally, they summarize the main mechanisms which the ketogenic regimes are acting upon to provide the benefits.

The following infographic summarizes the most recent evidences of the beneficial role of Ketogenic regimes, and the most likely mechanisms that are playing a role on its.  All of the images below were created using Biorender. 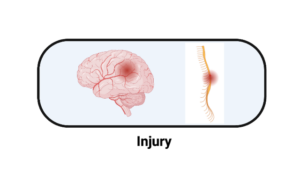 Initial Injury: TBI or SCI
After a TBI (traumatic brain injury) and a SCI (spinal cord injury) there is an initial damage that is followed by inflammation and metabolic dysregulation, resulting, amongst other things, in damage to building blocks which are essential to our cells, as well as damaging other energy producing molecules. 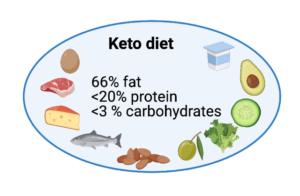 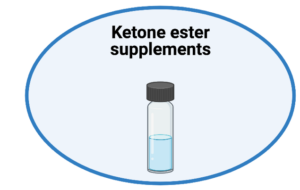 Ketogenic Diets and Ketone Ester Supplements: a therapeutic diet
Keto ester supplements or a ketogenic (keto) diet were found to be promising therapies to combat symptoms associated with initial TBI (traumatic brain injury) and SCI (spinal cord injury). A keto diet is a diet composed of high fats and proteins, with a very small amount of carbohydrates. Foods which make up a keto diet are shown above. 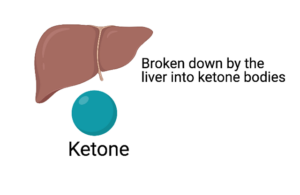 How does it work?
A keto diet provides the body with energy from high levels of fat found in the foods. The body is able to convert the fat into energy by breaking down the fat molecules into ketones. The liver is responsible for this conversion. After fat is converted into ketones, the ketones can be used as a source of energy in the body.
The 3 main effects of ketone bodies in the body after trauma, as well as the mechanisms of how they function to provide benefits following spinal cord injury, are listed below. 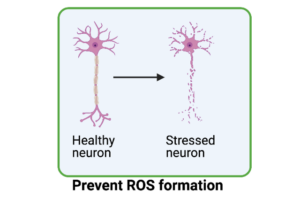 Role 1: Prevention of Reactive Oxygen Species (ROS)
Neurotrauma, such as TBI and SCI, causes the formation of reactive oxygen species (ROS). Reactive oxygen species are molecules which are harmful to proteins used by our cells, and even cause damage to the DNA in the cell. This will result in a “stressed”, or damaged neuron, as shown above. Ketones can reduce the formation of ROS production. 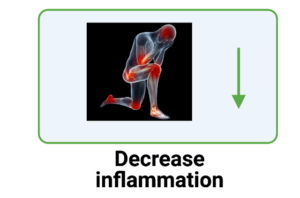 Role 2: Decrease inflammation in the body
Pain could be one of the consequences following neurotrauma, but inflammation can also contribute to secondary damage which could involve tissue loss. A keto diet was found to reduce overall inflammation, which subsequently results in a decreased level of pain in those with neurotrauma. 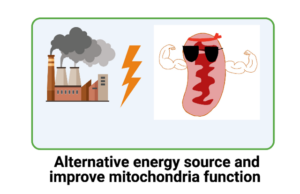