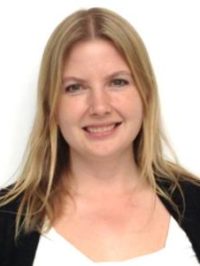 Dr. Shannon Kolind earned her PhD in Physics at UBC developing myelin water imaging and its application to the study of multiple sclerosis (MS). She then completed a postdoctoral fellowship at the Oxford Centre for Functional MRI of the Brain (FMRIB) at the University of Oxford as well as the Institute of Psychiatry, King’s College London. While in the UK, she specialised in developing new methods to image myelin using MRI, and making them more practical for use in research. She then returned to UBC, this time in the Division of Neurology, to become an Assistant Professor. Shannon’s lab is focused on developing a toolbox of tissue-specific imaging techniques. Her multi-disciplinary team employs these multi-modal tools to achieving greater sensitivity and specificity in clinical research; particularly for clinical trials of new therapies.

Understanding and interpreting advanced MRI measures: Shannon’s research has helped improve understanding of quantitative imaging techniques and the underlying biology to which they are sensitive. This work has included comparisons between myelin water imaging, diffusion tensor imaging, magnetisation transfer imaging, and spectroscopy, as well as non-MRI techniques such as transcranial magnetic stimulation (TMS) and positron emission tomography (PET).
Development of myelin water imaging for spinal cord: Recent work with Shannon’s graduate and honours students has focused on developing and optimising MRI acquisition protocols for quantitative myelin water imaging in spinal cord in clinically feasible scan times. This has been performed in healthy controls as well as various clinical cases. Spinal cord myelin water imaging will improve understanding of a wide range of neurological diseases, injuries, and developmental disorders in the spine.
Understanding myelin changes in disease progression: Myelin water imaging in both brain and spinal cord of primary progressive multiple sclerosis (MS) revealed significant correlations between myelin measurements and clinical eloquent disability scores. These results highlighted the potential of myelin water imaging as a biomarker of progression that could be used for clinical trials as well as research studies. A current operating grant from the MS society of Canada is allowing Shannon’s group to further explore this possibility within a much larger population and following participants over time.
Application to clinical trials of new therapies: Promising preliminary results have led to interest from pharmaceutical companies in conducting sub-studies of advanced imaging measures such as myelin water imaging in clinical trials of new therapies for diseases such as MS and neuromyelitis optica. Shannon’s group has demonstrated treatment effects on myelin water measurements in groups of less than 50 participants, providing further evidence of the efficacy of treatment as well as improved understanding of the underlying changes driving clinical improvement.

Techniques employed in the labs:

Some of Dr. Kolind’s recent major awards and accomplishments include: