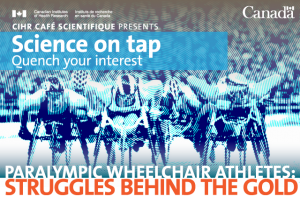 This event is free, but space is limited: register now to avoid disappointment.

Participate online! This event will be webcast with the support of SCI-BC. Click here to join.

Supported by Canadian Institutes for Health Research and SCI-BC.

Join in the conversation on twitter by posting your thoughts, questions or comments during or after the Cafe using our hashtag: #struggle4gold

We will be live tweeting the event from @icord_sci, and look forward to seeing your tweets about the Cafe too!

Paralympic research clinic was a success

Members of Dr. Krassioukov’s Paralympic research team had a great (and productive) time at the 2012 Paralympic Games in London. The Research Clinic was located in the Fitness Centre right in the buzzing Athletes’ Village. The team tested over 60 athletes from Columbia, Canada, United States, Italy, Algeria, South Africa, Australia, Brazil, Jamaica, Sweden and Turkey. “It was great getting to know the athletes and hear their amazing stories (and trade a few pins!),” said team member Jacquelyn Cragg. “We had several medal winners in the Clinic! We also got a chance to see wheelchair basketball, wheelchair rugby, athletics, and some swimming. Overall, it was an amazing experience!” 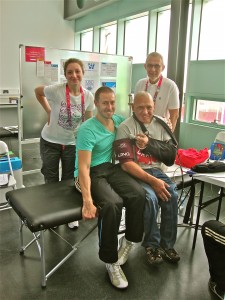 Paralympic Clinic is up and running in London

Dr. Andrei Krassioukov and his research team have arrived in London and set up in the Paralympic Village. Trainee Jacqueline Cragg sends an update:

August 29th, 2012: We have arrived in London and have set up the Cardiovascular Health Education and Research Study. Our Clinic is in the busy Athletes’ village. In the clinic yesterday, we had two Paralympic wheelchair athletes from South Africa,  two from Columbia, and one athlete from Australia. Tonight we are going to the Opening Ceremonies. 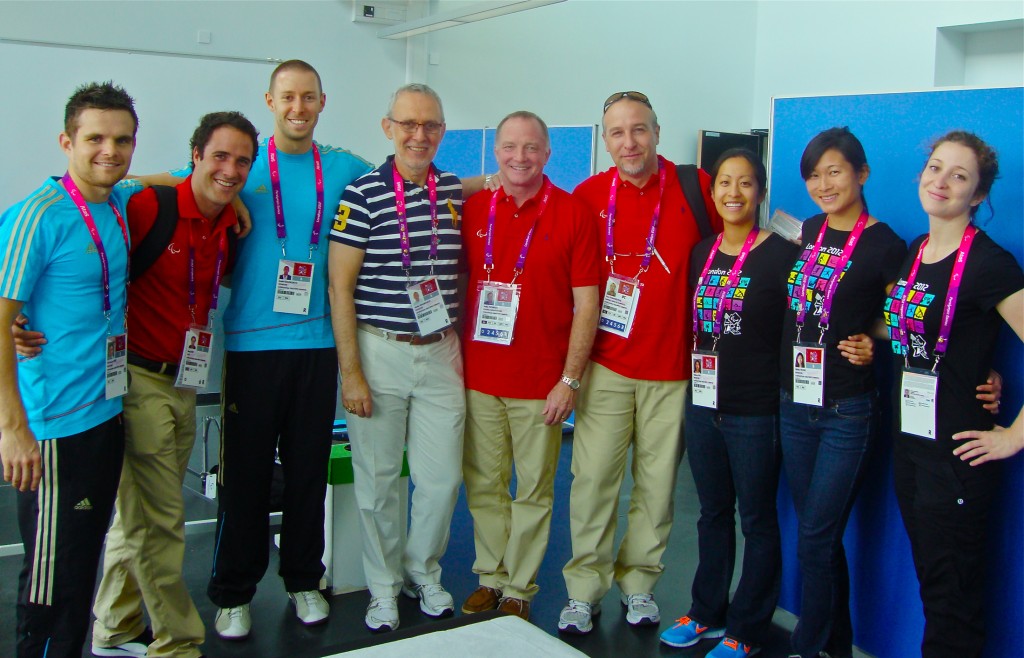 ICORD Principal Investigator Dr. Andrei Krassioukov is an expert on the subject ofboosting, and he’s been in high demand from national and international media outlets wanting his insight in advance of the upcoming Paralympic Games.

Boosting occurs when athletes with spinal cord injuries deliberately induceautonomic dysreflexia in order to gain an advantage in competition. Autonomic dysreflexia is a dangerous rise in blood pressure caused by a painful or non-painful stimulation below the level of injury. Below the SCI, their bodies cannot detect the stimulation and has difficulty properly responding. As a result, blood pressure can increase quickly, which can lead to serious consequences such as stroke, heart attack, or even death.

Dr. Krassioukov and his team will run an education clinic at the London Games. 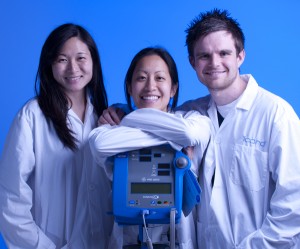 Paralympian athletes are exposed to tremendous physical and emotional stress during training and competition, and athletes with spinal cord injury (SCI) have unique disadvantages during competition. One of these disadvantages is unstable blood pressure control. On a daily basis, individuals with SCI deal with either extremely low resting blood pressure, and/or uncontrolled episodes of high blood pressure.  The latter is called autonomic dysreflexia (AD).  Low blood pressure and a poor response from the heart results in significant fatigue and presents a serious problem for athletes during both training and competition. In contrast to low blood pressure, AD is a life-threatening situation whereby individuals with cervical and upper thoracic injuries experience a drastic increase in blood pressure. If left untreated, AD can lead to bleeding in the brain and/or death.

ICORD researcher Dr. Andrei Krassioukov is an expert in AD, and has just received funding from the Craig Neilsen Foundation to bring evidence-based clinical knowledge and crucial practical information on unstable arterial blood pressure control among athletes with SCI to Paralympians and their coaches at Vancouver’s 2010 Winter Paralympic Games.

This project is a collaboration between clinicians and scientists from ICORD, individuals with SCI in the BC Wheelchair Sports Association and former Paralympic athletes. For more information, see this page.

This project has been approved by the International Paralympic Committee (IPC) and recently received financial support from The Craig H. Neilsen Foundation.