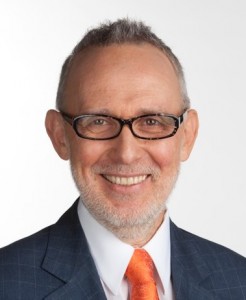 Dr. Andrei Krassioukov is a world-renowned expert in autonomic dysfunctions following spinal cord injury. He is the Director of the Autonomic Research Lab at ICORD, a professor at the University of British Columbia and a staff physician at the GF Strong Rehabilitation Centre in Vancouver.

Dr. Krassioukov’s research has been featured in various media outlets. Please visit the Paralympic Research Team News page to stay up-to-date with the research team. Pictures from the 2012 and 2014 Paralympic Games are available in the Gallery.

This is a survey study designed by a team of international experts concerned about the potential negative impacts of the pandemic and the postponement of the Tokyo 2020 Olympic and Paralympic Games on athletes, coaches, physicians, medical professionals and members of National Olympic and Paralympic Committees. Dr. Andrei Krassioukov at the International Collaboration on Repair Discoveries at the University of British Columbia in Vancouver, Canada, is the Principal Investigator of the study.

Your participation in this study would involve:

Completion of an anonymous online survey with questions on the impact of the COVID-19 pandemic and postponement of the Tokyo 2020 Olympic and Paralympic Games on the mental health and athletic/professional careers of participants. The survey is expected to take approximately 30 minutes to complete.

Anyone meeting the following criteria may participate in the study:

Anyone meeting the following criteria may not participate in the study:

To participate, please find the survey at the following link:

On behalf of the members of the research committee, thank you for your participation.

Paralympic athletes are exposed to tremendous physical and emotional stress during training and competition, and athletes with spinal cord injury (SCI) have unique disadvantages during competition.

In an able-bodied athlete, a raised heart rate and blood pressure help to deliver more oxygen to the muscles in the body, increasing one’s stamina and energy and thus their performance in a sport or activity. However, many athletes who participate in the Paralympics have spinal cord injuries that limit their ability to regulate their heart rate and blood pressure. For these top-level athletes, this can be a significant competitive disadvantage, leading to some athletes deliberately spiking their blood pressure ahead of a competition – occasionally going so far as to break a toe or hold their urine. Such extreme measures lead to an increased heart rate and elevated blood pressure, which give athletes the energy and stamina they need to compete in strenuous sports. Known as “Paralympic boosting,” this is a dangerous practice that can lead to heart damage, stroke, and even death.

Additional information on AD, boosting, orthostatic hypotension, and UTIs is available in our Paralympic Brochures.