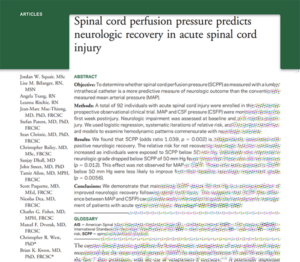 Dr. Kwon received the award for his article “Spinal cord perfusion pressure predicts neurologic recovery in acute spinal cord injury,” which was published in the October 2017 issue of Neurology. The first author of the paper, Jordan Squair, is a PhD student in the lab of Dr. Krassioukov Lab. ICORD co-authors include Drs. John Street, Scott Paquette, Marcel Dvorak, and Chris West. In the paper, Dr. Kwon and his colleagues examined the role that blood pressure and cerebrospinal fluid pressure play in nerve function after SCI. The results of their study could impact how emergency medical response teams treat people with SCI immediately after their injury.

Dr. Kwon is the second ICORD researcher to win the ASIA Apple Award. Dr. Jacqueline Cragg won the award in 2014, when she was a PhD student with Dr. Jaimie Borisoff.