ICORD Principal Investigators Drs. Andrei Krassioukov and Carolyn Sparrey were consulted recently as experts for stories in The Province and Maclean’s Magazine.

In an article printed in The Province on September 17, Dr. Krassioukov speaks about the direction he hopes the Canadian hockey system will take to reduce the incidence of spinal cord injury.

The September 11 issue of  Maclean’s includes a feature story on the recovery journey of Captain Trevor Greene, a retired Army Reserve Captain for the Canadian Forces, following a brutal head injury sustained in Afghanistan. Dr. Sparrey’s role in this journey is noted. 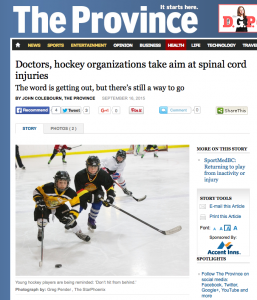 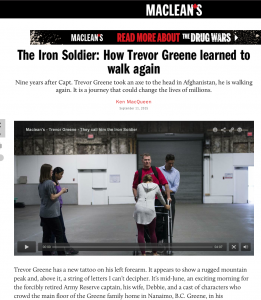