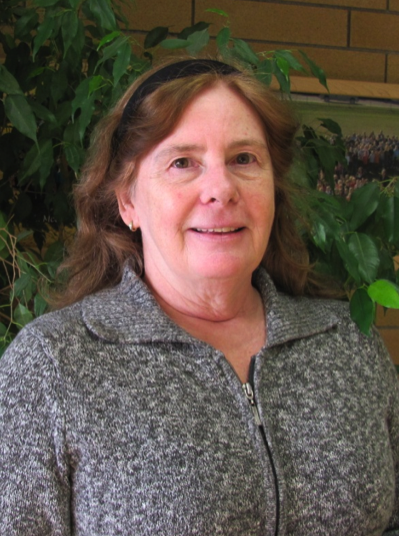 The staff and students at W.L. McLeod Elementary School in Vanderhoof, BC, throw an ultimate frisbee tournament every fall to raise funds to support spinal cord injury research at ICORD.

Our adventure began in 1999 when John Ryan’s was beginning to end. John Ryan, a paraplegic who uses a wheelchair, was cycling across Canada to bring awareness and to raise funds for spinal cord research. His trip was called the Regeneration Tour. John was married to Penny McLeod and that is how our town became involved. Penny’s Dad, Bill McLeod, was a retired principal from our school, which has been named in his honour. We are W.L.McLeod Elementary School. In a small town news travels fast and many people were involved in helping raise money for John’s cause and celebrating the end of his tour!

In our school, we were well aware of John’s progress across Canada. Our “connection” to the family confirmed we wanted to do something that was just from our school. After various discussions amongst a couple of us on staff, we settled on the game of Ultimate as an idea for a fundraiser. Glen Antoski and myself were coordinators of a sports council in our school and naturally our discussions lead to an idea in that realm. Glen knew that wheelchair athletes played Ultimate and the game seemed like a perfect fit. Bill Gridley, from our staff, also became enthused with the idea and the three of us started the annual fall tournament in our town. We have now hosted 14 tournaments. The fall of 2013 will be our 15th and we are hoping to make it special. 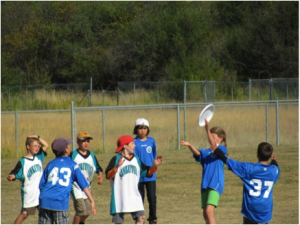 In the beginning, the first couple of tournaments,  we tried bringing in schools from other communities but the reality of time constraints and travel was something that couldn’t be overcome. Nearly every year we have hosted the games, all the elementary schools in our area (4 public and 2 private) have been involved. I would fax out the announcements to each school, a registration form and often a set of rules to new teachers unfamiliar with the game. We divided the tournament in two divisions, grade 4 and 5 (Juniors) and grade 6 and 7 (Intermediates), with about 200 students in total. The local high school (NVSS) allowed us to use their fields for the day and suggested students that had volunteered to referee the games. The school district’s bus garage donated the use of school buses for transporting the students to and from their home school! A real team effort! The Vanderhoof Co-op was asked to help supply the food  for our concession. The manager, Clifford Irving, kindly responded with “tell us what you need and we will give it to you!” We were overwhelmed with the generosity and realized that we would now be able to make this fund-raiser a 100% total turnover to the cause. There was no expenses to be paid and we were pumped!

Our local radio station, The Wolf, was contacted and they wanted to do an interview. It was a great promotion and we were up there with other events all planned for John and Penny arriving in Vanderhoof with the Regeneration Tour! The local newspaper, The Omineca Express, was also covering the arrival and celebrations upcoming for John and Penny. Our town was buzzing with excitement. 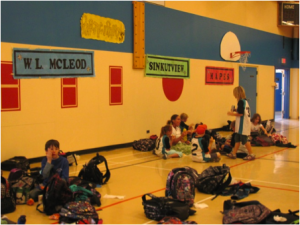 The first day of our John Ryan Ultimate Tournament was fast arriving. The schools were sending in registrations forms and practicing the game during their lunch breaks and PE classes. Each team registered paid $1.00 for each player. Our tournament day arrived frosty in the morning but quickly turned into a glorious fall day full of sunshine. The fields were lined with pylons, the buses arrived and all the teams gathered in our gym. We greeted each with a banner on the wall for their “spot” in the gym between games. All the sponsors and supporters were recognized with banners as well! We reminded everyone of the rules and the teams left for their games. Bill McLeod arrived and set up a table with t-shirts and caps from his son-in-law’s Regeneration Tour. As Bill and his wife, Judy, were along with John and Penny during the tour, Mr. McLeod also answered some questions the students had. The end of the day brought all the players, coaches and parents into the gym for a rally. We acknowledged all the support and donations from businesses and media. Door prizes were handed out to 2 students from each of the schools represented. Finally, we quickly estimated the money generated from our concession and registrations. The rally ended with a cheer for all we had done to raise money for spinal cord research and the fun everyone enjoyed being good citizens for the cause! John and Penny were given a cheque for the money collected at our school assembly! It was a very proud moment for all those in attendance! 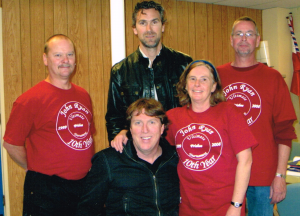 With such success and enthusiasm from our first endeavour, we knew there would be future Ultimate tournaments in the coming years! Little did we know that each year would give us the same feelings of satisfaction and optimism to finding a cure for spinal cord research.

Over the years we have had some outstanding moments. We have had years when John and Penny, and later their daughter, were able to join us. They shared in our celebration of working towards and contributing to the same cause that began John’s journey. At the end of our 10th tournament we had our rally with the invited representatives of our faithful sponsors. They were acknowledged for their continuous support and encouragement to our efforts, given a John Ryan t-shirt and a standing ovation from the participants and coaches. To be clear, the Vanderhoof Co-op, School District #91, District Bus Garage and our local radio station and newspaper have supported us fully each year we undertake this tournament! During our 10th tournament we were granted permission to hold a telethon after school at The Wolf! We had a lot of fun with the DJ, Jackie, and taking in the calls and pledges. The students were given the opportunity to talk on air and the community threw out a few challenges. The local newspaper ran our story and printed pictures of the previous years of the tournaments! In the fall of 2010, following the Vancouver Olympics, we opened and closed the day with our school singing and signing the song I Believe. When we sang the song at the end of the day, most of the participants from the various schools joined and the sound of everyone together was very profound!  The very most memorable moment came in 2008, our 10th Ultimate Tournament, when John invited his good friend, Trevor Linden! Yes, the Trevor Linden! Naturally this was a surprise that spread through our community like wild fire! After so many years, I think John and Penny were almost grateful to have some of the spot light taken away by their good friend. Mr. Linden was kind enough to sit and sign autographs for hours as children and adults alike took up this truly exceptional opportunity. How amazing is that! 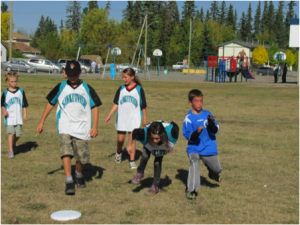 Becoming involved and continuing to plan, organize and carry through with the tournament each year has given something to us that we certainly didn’t expect. As we often express at the end of the day rally, “no one walks away with a trophy, there is no fame or glory for playing today, we do this because we believe that one day there will be a cure for spinal cord injuries and we can all take pride that in some small way we were part of the answer.”

This fall will mark our 15th tournament! We hope to celebrate with some special surprises. Here’s to more successful tournaments, and the answers to spinal cord injuries!

UPDATE February 6, 2013: In honour of the ongoing fundraising for ICORD done by the students at W.L. McLeod Elementary School, ICORD is renaming a travel and research prize for Masters students the W.L. McLeod Trainee Award.