Most of us know Dr. Matt Ramer as a researcher of neural regeneration following SCI, but he is also a prolific amateur actor.

Dr. Ramer has appeared in more than forty performances of musical theatre and operetta in Canada, the US, and Europe. Most recently, he played the part of Joe Josephson, a theatre producer with more of an eye for the big bucks than for a play’s artistic merit, in a rollicking production of the Stephen Sondheim musical Merrily We Roll Along staged by Vancouver’s United Players. Research Facilitator Max Thompson caught up with Dr. Ramer for a quick Q+A after the show to learn a little bit more about his interest in theatre.

Dr. Ramer strikes a contemplative pose in Merrily We Roll Along.

Q: First things first: how did you get involved in the theatre?

A: I was an instrumentalist (French horn for the Kingston Youth Orchestra and occasionally with the Kingston Symphony Orchestra). I had been playing in the pit for a number of shows, but then my high school did a show with no French horn part. I auditioned to be on stage . . . et voila.

Q: You got some pretty good coverage in the Ubyssey two years ago. Has anyone ever recognized you from one of your performances?

A: Nobody in Vancouver. When I visit Kingston I walk down the street and still someone remembers (OK, that’s my mom, but there’s lots of old people there who would remember me given a prod).

Q: Some people see the sciences and arts as totally separate. What overlaps do you find between the two in your own life? 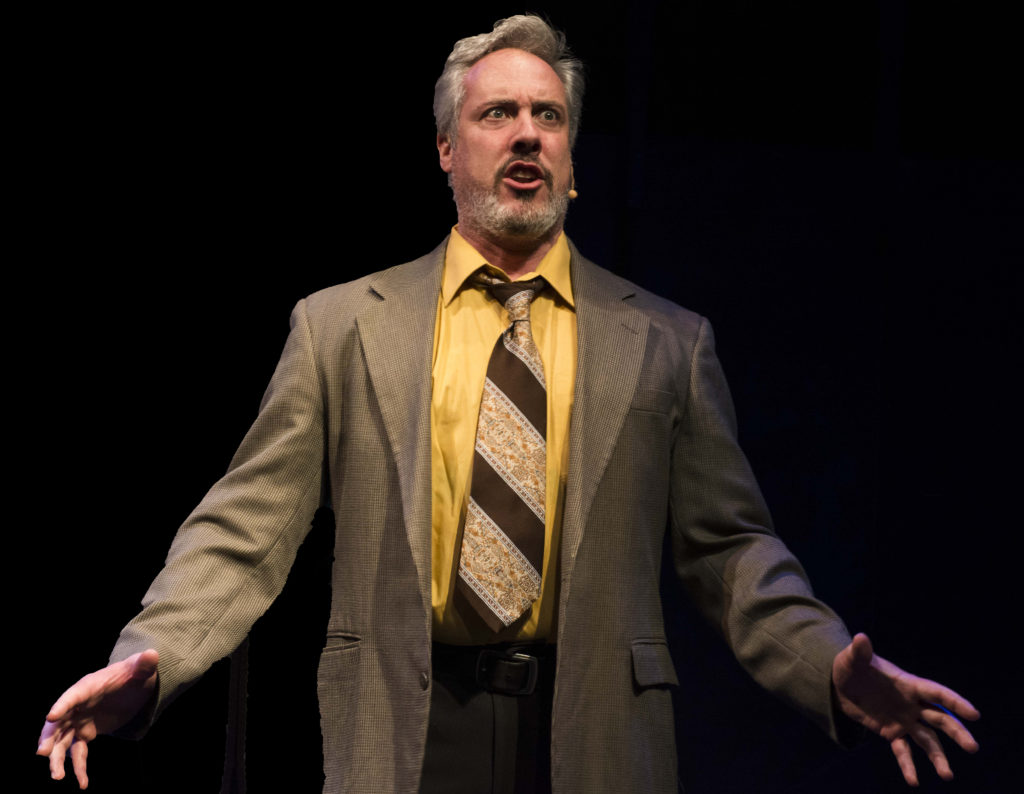 Dr. Ramer as Joe Josephson in Merrily We Roll Along

A: A parallel is in the performance aspect. In the arts you’re supposed to play a part, and in the sciences you also have to pretend. In order to succeed, you have to try to make the case that your ideas are the best whether they are or not, and even though mine are the best (yes, that’s me being funny), it takes a lot more than good ideas to get funding. In the end, the world of make-believe exists everywhere, whether you’re trying to land a peachy role or publish in a top-tier journal.

Q: Finally, what has your favourite role been?

A: Tough one. I like big, brash characters because I’m a timid person who can use these characters to try to interact with other humans outside of the theatre (sell, sell, sell!).  Perhaps Miles Gloriosus from A funny thing happened on the way to the forum, the Pirate King from The Pirates of Penzance, or Orin Scrivello (Dentist) from Little Shop of Horrors.