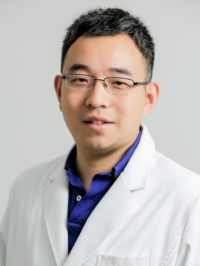 Dr. Liu’s research program encompasses several distinct areas of SCI research. He studies alterations in cardiac autonomic control and cardiovascular response during urodynamics in people with SCI, as well as the effects of cystoscopy on autonomic dysreflexia during urodynamics. In addition, he studies the iatrogenic urological triggers of autonomic dysreflexia, or triggers resulting from health treatments. He also studies the biomechanics of osteoporosis following SCI due to loss of control over the nervous system.

Dr. Liu researches the effectiveness of self-reporting bowel routine questionnaires to determine sacral sparing, or the amount of nerves that survive at the base of the spine, following SCI.

Dr. Liu also studies the approaches to collecting SCI data used by Chinese physicians, in addition to the effectiveness of www.elearnSCI.org and the International Standards for Neurological Classification of Spinal Cord Injury as a training tool for students of nursing and medicine.

He also collaborates with Dr. Wolfram Tetzlaff and his team on preclinical studies of the ketogenic diet’s effect on functional recovery following SCI.

Dr. Liu has reported the high incidence of silent autonomic dysreflexia (AD), or AD with few to no symptoms, during urological procedures, demonstrating the risk of inducing AD through medical treatments. He recommended the routine performance of monitoring of cardiovascular parameters during urodynamics and cystoscopy.

Dr. Liu has developed a self-administered questionnaire for assessment of sacral sparing after SCI based on bowel routine activity.