ICORD Principal Investigator E. Paul Zehr has won the Society for Neuroscience’s Science Educator Award, a recognition given to two neuroscientists each year for a devotion to outreach and public education in neuroscience.

“To have your efforts acknowledged by your peers like this is really an honour,” said Dr. Zehr, who will receive the award on October 19 in Chicago at the 2015 Society for Neuroscience conference. 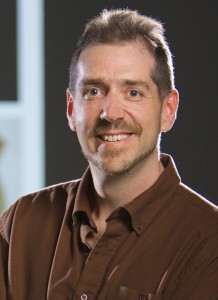 Dr. Zehr began getting serious about science communication ten years ago when he used Batman to explain concepts of kinesiology and neuroscience, his fields of study. In Becoming Batman: The Possibility of a Superhero, he explored the science behind the fiction by finding out what it would take for someone in real life to achieve the physical and mental prowess of Batman.

“I was a little anxious about that book. On one hand people may think it’s really cool, on the other people in the field may think it’s diminishing the science,” said Dr. Zehr. “As it turns out, I’ve had lots of support from colleagues. And to get an award like this is really another confirmation that the choice I made ten years ago to make a commitment to science communication was the right one.”

Dr. Zehr has written articles for such publications as Scientific American and The Globe and Mail, and published two other books on pop-science: Inventing Iron Man: The Possibility of a Human Machine and Project Superhero–the latter being a book to inspire young girls to pursue their interests in science. He is currently finishing his fourth pop-science book, Something Superhuman, on the extent to which biomedical science and engineering are changing what it means to be human. That book will be published in fall of 2016 by ECW Press. 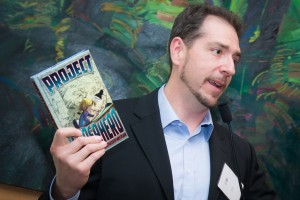 In addition to his writing, Zehr established the first Café Scientifique series of public outreach talks at the University of Victoria and helped mentor groups in Kamloops and Edmonton. Alongside his communications work, Dr. Zehr runs his own research lab at UVic and regularly publishes research in peer-reviewed journals with a focus on the neuroscience of walking and the rehabilitation of the nervous system after a spinal cord injury or stroke.

According to Dr. Zehr, some level of outreach and science communication should be part of the activities of all researchers. “We do our work based on grants that often come from the public purse, and we need the public’s support,” he said. “If people don’t know about our work, how are they going to be advocates for us?” And these efforts to engage the people outside of science will only become more important in the future.

“Going forward our society is going to become more reliant on science and engineering,” said Dr. Zehr. “The more people understand about science, the better positioned they are to make good decisions and understand how things actually work. Hopefully this will help ensure that the voices of more people—not just scientists—are heard when scientific decisions with societal impact are made.”