ICORD has gained two new Principal Investigators: Drs. Christopher West and John Kramer are both Michael Smith Foundation for Health Research Scholars, jointly funded by the Rick Hansen Institute. Meet them and hear about their work at a special seminar and free pizza lunch on Tuesday October 21st. Everyone is welcome, but space is limited to the first 70 people who arrive. 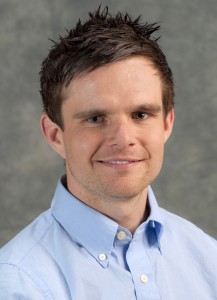 Dr. West is a new Assistant Professor in the UBC School of Kinesiology. He completed in PhD in England investigating cardiorespiratory function and exercise performance in athletes with spinal cord injury (SCI). In 2011, he joined Dr Krassioukov’s laboratory as a post-doc to investigate mechanisms of disordered cardiovascular control after experimental SCI. He has published more than 20 papers in the field of SCI, conducted research at the last 3 Paralympic Games, and has received numerous accolades for his work. In his new position his lab will take a translational approach to investigate mechanisms of cardiac and vascular decline after spinal cord injury. 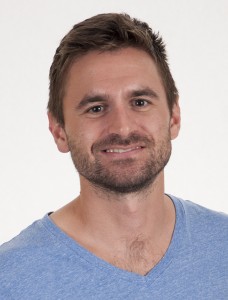 Like Dr. West, Dr. Kramer is also a new Assistant Professor in the UBC School of Kinesiology. He has a BSc. in Kinesiology from the University of Calgary, an MSc in Neuroscience from UWO, and a PhD in Neuroscience from UBC, which he completed with Drs. Armin Curt and John Steeves. Dr. Kramer completed 2.5 years of postdoctoral studies in Switzerland and the United States, with research interests in SCI and pain. To date, he has made several important contributions to the validation of contact heat evoked potentials (CHEPs), as well as the development of clinical trial endpoints for SCI. Focused on the use of advanced neuroimaging and quantitative sensory testing techniques, his current work aims to better understand changes in the central nervous system related to the development of neuropathic pain. Using large SCI datasets, he is also exploring the relationship between pain, neurological recovery, and other secondary health outcomes.