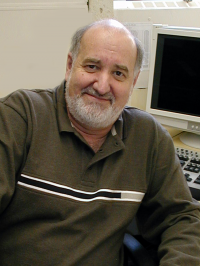 Dr. Grigliatti is a researcher in the area of cell and developmental biology.

Dr. Grigliatti has collaborated with Dr. Wolfram Tetzlaff, Dr. Jens Coorssen, and other members of the ICORD team to identify biomarkers which indicate the severity of SCI.