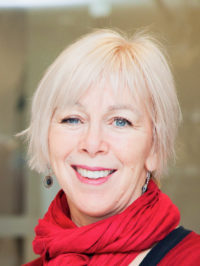 Dr. Miller studies stem cells in the brain and skin, as well as neuronal growth, survival, and apoptosis, which occurs when the body programs cells to die. This occurs naturally in the developing nervous system, when it is known as neural pruning, and cells in the adult body are able to induce it, thus potentially helping nerves repair following traumatic injury to the nervous system, such as spinal cord injury and traumatic brain injury. Dr. Miller’s lab studies the connection between apoptosis and environmental factors. Specifically, her lab’s research is focussed on the role that growth factors and neural activity play in regulating developing neurons’ growth and survival, as well as establishing connections between them.

In their investigations of the cellular mechanisms that regulate neuronal survival and connectivity, the Miller laboratory focussed on peripheral sympathetic neurons and the neurotrophins. This work showed that the p75 neurotrophin receptor (p75NTR) was apoptotic for neurons, and that neuronal survival was determined by interactions between p75NTR and the Trk neurotrophin receptors. In collaboration with David Kaplan, they elucidated the signalling mechanisms responsible for this interplay, and identified a novel prosurvival protein for neurons, the p53 family member ΔNp73. They then found that p73, together with p53 and a second family member, p63, comprised a neuronal survival “rheostat”, and showed that perturbations in this rheostat could cause neurodegeneration and cellular senescence. With regard to neuronal connectivity, the Miller lab demonstrated that neurotrophins could directly regulate developmental synaptogenesis, and, with David Kaplan, elucidated signalling mechanisms whereby neurotrophins regulate neuronal morphology. Moreover, they defined an active, p75NTR-dependent axon degeneration mechanism that plays an important role during axon pruning and myelin-mediated growth inhibition.

The Miller lab has also made major findings with regard to how the environment regulates neural precursor biology, focussing on the embryonic cortex, and taking advantage of an early neuronal gene they isolated and characterized, the α1-tubulin gene. This work has elucidated growth factor-mediated intracellular signalling mechanisms that promote neurogenesis and gliogenesis, and that determine the appropriate timing of neurogenesis versus gliogenesis. They have shown that these mechanisms are perturbed in a number of genetically-defined syndromes that cause intellectual disability and/or autism spectrum disorder. These studies have also led to the conclusion that translational repression plays a key role in regulating neurogenesis, and demonstrated that the widely-used diabetes drug metformin promotes adult neural precursor differentiation and neurogenesis-associated aspects of cognition. This latter finding resulted in a pilot phase III clinical trial for metformin in brain repair.

Finally, the Miller lab focused on PNS precursor cells with the goal of defining new therapeutic strategies for tissue repair. They discovered an adult neural crest-like precursor in rodent and human skin that generates peripheral neural and mesodermal progeny (termed SKPs). They then showed that SKPs function as dermal stem cells in vivo, but can generate bona fide myelinating Schwann cells in culture. With Dr. Wolfram Tetzlaff, they showed that these transplanted SKP-derived Schwann cells could promote recovery of the injured rodent spinal cord. More recently, they turned their attention to the precursor populations within peripheral nerves, and showed that dedifferentiated Schwann cell precursors associated with nerves secrete growth factors that can promote peripheral tissue repair and regeneration, focussing on an adult murine digit tip regeneration model.